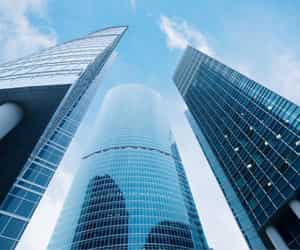 When a fire tragically breaks out in a Commercial Kitchen Ventilation system in a high-rise building, with the fire having the potential to spread into the exhaust duct above, fire department personnel must quickly ascertain two things: Where does the duct terminate, and where does it push through the floor above if it does not discharge directly to the out of doors.

One reason that these kinds of fires can be so dangerous is that these two items can sometimes be hard to determine, mostly because of a lack of accurate information, says one disaster planning specialist. Blueprint drawings must be found and read – and, at times, this can prove a difficult task in and of itself. Tools that come in handy when fire personnel have to search for the ductwork include thermal imaging cameras as well as user-friendly drawings of the building ductwork.

In one incident in New York City, the fire department responded to a kitchen fire in a restaurant that was attached to the side of a 45-story office building and which extended out about 40 feet toward a side street. The fire was made all the worse because there was built-up grease in the ductwork due to improper cleaning. Fortunately, the incident commander was able to access the building’s pre-fire plan, which had been voluntarily drawn up by the owner.

Because the incident commander was able to quickly figure out where the duct traveled and terminated, crews were able to extinguish the blaze and bring it under control within the hour. The fire never extended into the shaftway itself.

In another case, the Chicago Fire Department responded to a call concerning heavy smoke seen from the roof of a 40-story twin office complex, which was fully occupied at the time. Turns out that the fire started in a restaurant located underneath the trading floor of the Chicago Mercantile Exchange, with fire spreading into the exhaust duct.

Crews were once again able to successfully corral the fire only after someone checked the HVAC system drawings to find out where the exhaust duct exited the building. By using a thermal imaging camera, crews were able to locate the fire in the duct and put it out by using a portable extinguisher.

It is vital to know the location of ducts and where they terminate in high-rise buildings. Even in buildings with sprinkler systems, fires can break out in void spaces where no sprinklers exist.