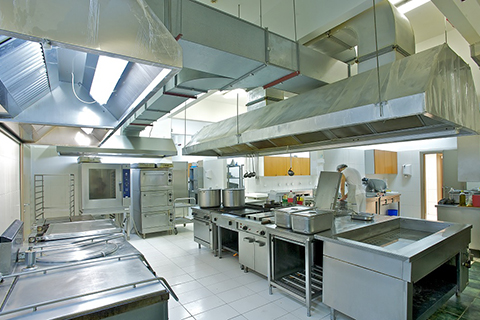 Another key factor when determining a square vs round duct system is efficiency. A hood system is only as good as the duct system allows - if your exhaust ducts are covered in grease and not running efficiently you will see the effects from the hood system. Grease and smoke buildups can begin to occur in the kitchen, and the kitchen space is then at risk for fire, sickness, and other issues that could cause a closing of the kitchen. A round duct system has 45% less friction as a rectangular duct, and has significantly greater air flow capacity due to the circular pattern of the ducts. The circular pattern of the round ducts allows for air to naturally flow through the duct. In a rectangular duct the flat surfaces cause airflow collisions that in turn create turbulence in the duct, thus causing an inefficiency in the duct’s airflow. Inefficiency leads to increase grease build-up and increased noise from the rectangular ducts which can only be fixed by a thorough duct cleaning, which is significantly more difficult in the rectangular duct due to the sharp corners and large surface areas.

In the end if you are building a new kitchen or upgrading an existing kitchen space, it is worth it to compare both duct styles. Most hood exhaust systems will work more efficiently with a round duct system, however if you are running an older system then a rectangular system may be required. However in the end most kitchen spaces will benefit greatly from going with the round ducts. HoodMart provides our customers with a wide range of commercial exhaust hood systems - from Compensating (Short Cycle) to Perforated Supply Plenum PSP - as well as all exhaust hood accessories such as no weld Grease Duct, hood filters, canopy hood lights, and curbs. We also offer a wide range of walk-in refrigeration systems to meet your needs.   If you still have questions regarding the purchase of your hood system, please feel free to contact one of our experts today by calling us at 1.866.692.5872 or by contacting us through our live chat system. 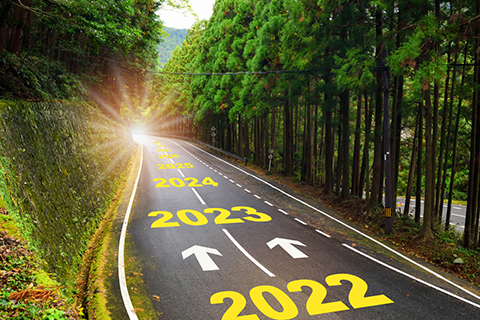 The Time To Start Going Green With Your Restaurant Is NOW 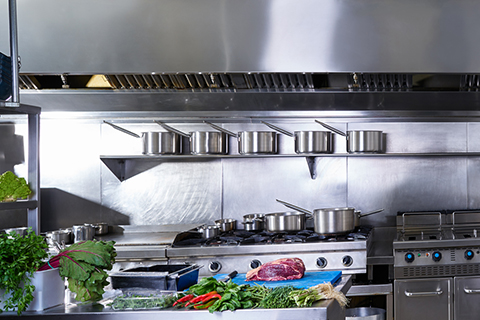 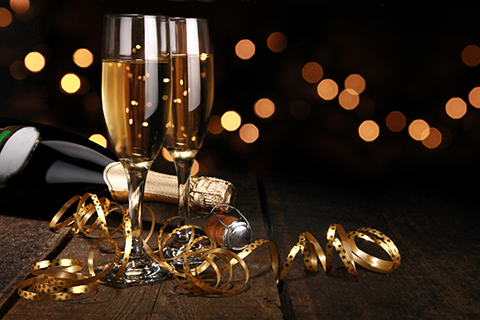 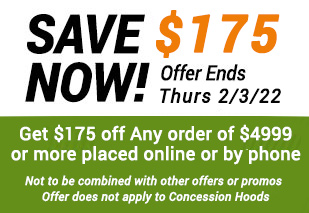