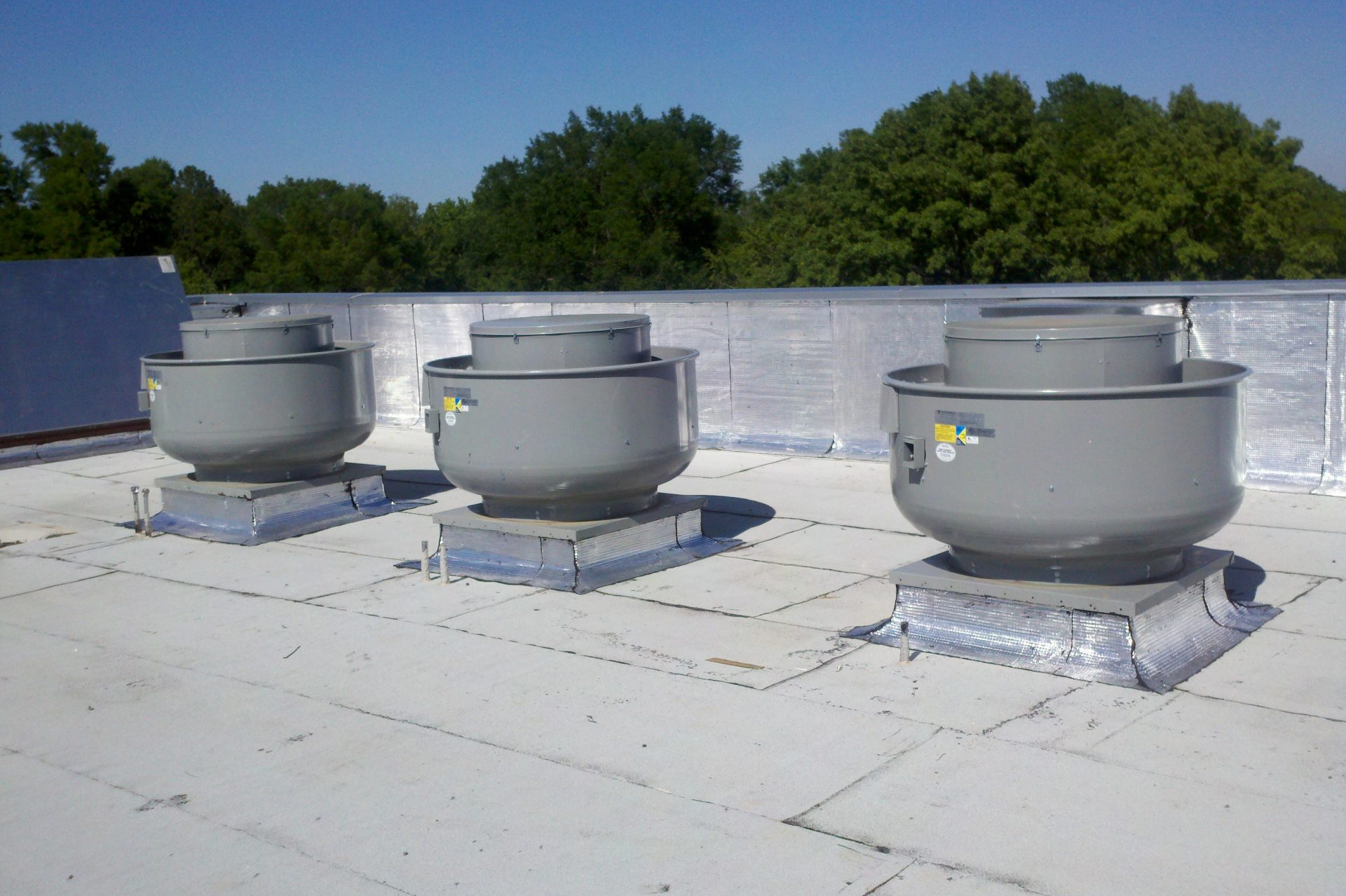 A key component in an exhaust hood system for any application is the upblast exhaust fan. The main purpose of the upblast exhaust fan is to pull out water vapor, fumes, odors, and warm air out from inside your building and moving it outside. This helps keep the kitchen space clean, helps keep the air pure in the kitchen space, and makes the space safer by pulling grease and oils out and preventing buildups. When it comes to upblast fans there are two basic options - a direct drive upblast fan, and a belt drive upblast fan.

The alternative to a direct-drive unit is a belt drive upblast fan. Belt drive upblast fans use belts connected to the motor to power the fan blades and other components. Because the upblast unit is using belts it allows for speed control of the unit, allowing the customer to tailor the speed to best fit their establishments needs. The belts also make the overall unit less noisy as compared to a direct-drive upblast fan. Since the unit is belt driven is operates on more moving parts, increasing the chances of parts braking and the need for regular maintenance.

HoodMart provides our customers with a wide range of exhaust hood systems - from Compensating (Short Cycle) to Perforated Supply Plenum PSP - as well as all exhaust hood accessories such as no weld Grease Duct, hood filters, canopy hood lights, and curbs. If you still have questions regarding the purchase of your hood system, please feel free to contact one of our experts today by calling us at 1.800.715.1014 or by contacting us through our live chat system.