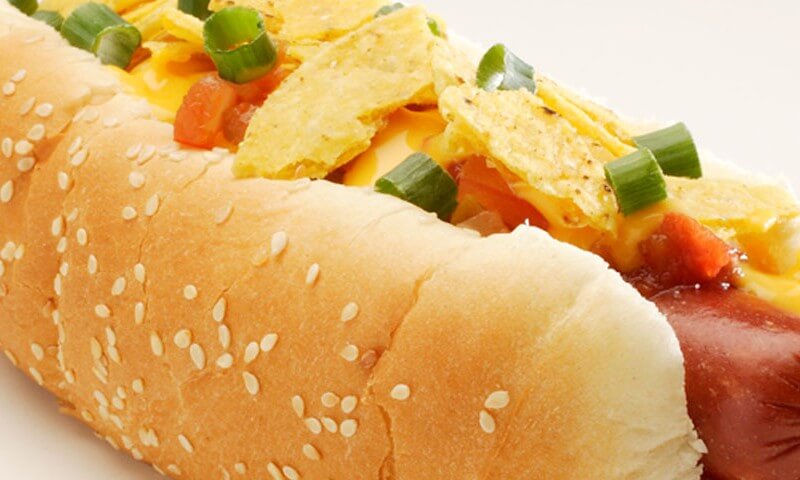 With baseball season getting underway for 2015, it’s worth asking what some of the new concession items will be, as food purveyors seek to balance traditional delights with health-conscious and trendy offerings.

Last year, People magazine took a look some of the season’s more novel concessions – prepared, we trust, under the helpful ventilating powers of the right Concession Hood:

A trip to see the minor league Wilmington Blue Rocks in Wilmington, DE could not have been considered complete without ordering a Krispy Kreme Doughnut Dog, a hotdog that’s served in a Krispy Kreme bun (a doughnut, really) and that’s garnished with bacon and raspberry jelly.

If you were up for a trek to New York’s Yankee Stadium, hopefully you went all out and got a fried chicken piece served between a pair of waffles with the Yankee logo pressed into them. One would likely not suffice for those used to downing man-sized portions of ballpark grub. Fortunately, you could have supplemented your waffle-wich with the Nacho Helmet, three-quarters of a pound of nacho chips with your selection of toppings.

There would have been little point in ordering anything other than The Beast while catching a contest featuring the Milwaukee Brewers at Miller Park. The grilled bratwurst (practically the official food of Wisconsin, after cheese) was cut in half to make room for a hot dog. The combo was then tied together with a wrap of bacon and finished with grilled onions and sauerkraut on a pretzel roll…because how are you supposed to enjoy a beer without some form of pretzel?

You just couldn’t have avoided a local favorite while cheering for the Baltimore Orioles at Camden Yards. Crab, which seems to be everywhere in Maryland, was placed over a hot dog that was also crammed with macaroni and cheese. The only topping possible to be placed on this creation was the famous Old Bay Seasoning.